Story and photo by JOSHUA BAILEY

The electric car smoothly accelerated onto the road.

The Tesla Model 3’s acceleration had an ease to it that gas-operated cars don’t, and it required much less effort to drive efficiently.

Dave Gebert, the owner of said Tesla Model 3 and organizer of October’s National Drive Electric Week in Tucson, tapped the dashboard screen. It almost resembled a tablet, but the feats it could perform were far more advanced. A chime sounded, and Gebert gestured at the green microphone pictured.

In shock, I took my foot off the pedal, which seemed to have depressurized into a relaxed position. The gears moving beneath it reminded one of the way a self-playing piano works.

The Tesla moved on its own accord onto the road, and kept a steady pace while Johnny Cash’s “Ring of Fire” played in the car.

The white 2018 Tesla looked like a normal sedan — unremarkable except for its sporty appearance.

Upon closer inspection, however, this vehicle was unlike most you see on the road. The interior was strikingly minimal and neutral in color. It seemed engineered to a science.

Once the vehicle hit the highway, the force threw me back in the seat when the 75-mph speed limit was reached. It traveled so quickly that my body had trouble keeping up with the velocity of the car itself.

We drove for almost an hour. The vast expanse of I-10 was nothing for this sleek albino panther of the road.

With deathly silence, we prowled the lanes. The vehicle’s “intelligence” was leagues beyond the gasoline-fuelled automatons operated by their masters. All I had to do was nudge the steering wheel with my hand every minute or two, which is a safety feature so the driver doesn’t fall asleep on autodrive.

On the dashboard screen, the car had pictured everything around it, including people, cars and even the type of vehicle others were driving. Its cruise control possessed practically a mind of its own. It knew where to go and the speed to maintain to get there.

There was a bit of hesitation and daresay fright at the beginning, but putting blind faith in the machine seemed to pay off with a smooth, nearly entirely automated drive. The future of the automobile was right there, it seemed.

Gebert explained that recent decades were not the genesis of electric vehicles. For nearly 100 years, the concept and product has been available to the few that could afford it. However, for the first time, electric cars seem like a viable option.

A recent study conducted by the U.S Department of Energy stated that electric vehicles have been around since the turn of the 20th century. It wasn’t until the late 2010s and early 2020s, however, that electric-powered cars became more affordable for the working and middle class, and awareness on climate impact never has been higher.

The range for these early electric cars was another driving issue because of the short mileage in the battery and the lack of charging stations throughout the United States.In 1950, the Henney Killowatt was developed by the National Union Electric Company and had a range of 60 miles. As the automobile industry has progressed to new heights, so has the technology of these cars.

Charging stations are now ubiquitous among major cities and interstate highways, enough so that one can drive an electric vehicle coast to coast in comfort.

The Tesla Trimotor Cybertruck, expected to be released in 2022, will boast a complete charge of 500 miles, enough to cover multiple states and wilderness where an electric car cannot recharge.

Gebert offered a final word of advice for all.

“Most electric cars pay themselves off in five years,” he said. “The amount saved on gasoline easily makes up for the higher-than-usual asking price.” 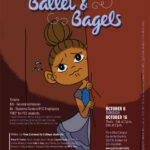 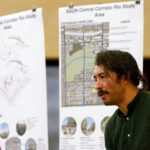 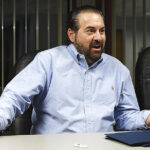