Proposition 207 was passed last November, legalizing the use and sale of recreational marijuana in Arizona.

Under the new law, people 21 and older can grow up to six plants, with a maximum of 12 plants in homes with more than one adult, and possess up to an ounce (28 grams) of marijuana, with no more than 5 grams of concentrates.  Once licensed by AZDHS, medical marijuana dispensaries can sell recreational marijuana.

According to the Ballot Proposition 207 Smart and Safe Arizona Act Fiscal Analysis, “The tax and the licensing fees are projected to generate $166 million in annual revenue after the program becomes more fully operational in the next several years.”

Due to the demand for recreational marijuana being so great, long lines and parked cars have been spilling into the neighborhood behind the dispensary.

Outside the dispensary on the morning of Monday, January 25, the line is already bustling, extending from the back entrance into the parking lot, onto the sidewalk, sometimes curling around down Speedway boulevard.  The scene feels similar to a line at a rock concert or a music festival. Most people waiting in line are festive and excited.  The crowd is diverse, cheerful and chatty; a few have their dog in tow.  Convenience and curiosity seem to be major themes with the people I speak with in line.

“Doing it illegally, I’m not saying I do that, but I feel like it could take longer to get it you know,” says a man who requested to remain anonymous, “You gotta hit people up, they gotta see what they got.  Then, oh my God, it’s short.”

While some just seemed to be happy to purchase marijuana legally in Tucson for the first time, others seem concerned with where the tax money was going.

“I think it’s a wonderful idea that they legalized marijuana,” says Tucson resident Matthew Spurlock, “But I think we should hold legislation or go to some type of cabinets where they can probably put some of that money into the road systems here, because they’re horrible.”

As many people flock to Harvest House of Cannabis for their legal treats, the neighborhood residents behind the dispensary are forced to deal with the traffic and chaos caused by their presence.

When I return to the area on a Friday afternoon, the scene is similar, but the line is bigger, and the neighborhood streets are even more jam-packed.  There is limited parking at the dispensary, so cars line both sides of the street on Treat Avenue, as well as intersecting streets in the neighborhood for blocks.

One disgruntled resident shovels dog poop in clumps off his front yard out onto Treat Avenue.  He emphasizes that the traffic, crowds, noise, and disturbances have become intolerable since recreational sales began at the dispensary.

According to another neighborhood resident, Christine Tamulaitis, 65, traffic and disturbances  weren’t that bad until Harvest House of Cannabis began selling recreational marijuana.  Tamulaitis makes it clear that the dispensary’s operations are negatively affecting the neighborhood, while emphasizing that traffic gets particularly bad at times.

“First off, this is nothing,” says Tamulaitis, “I would say it starts pretty early and certainly gets busy on the weekends.  They’re open late until 10 PM, and that’s another problem.”

While Tamulaitis understands that Harvest House of Cannabis is trying to run a business, she believes that the business would be better suited elsewhere.

“There’s a lot of commercial properties,” she says. “I’m sure they’re nice people, it’s just that this particular site no longer serves their purposes.”

As Harvest House of Cannabis welcomes the fresh rush of recreational marijuana customers, the traffic and disturbances caused by their presence are unwelcome by some nearby residents. 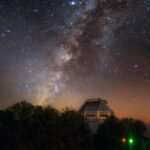 After a beloved Tucson sunset, the dark night rises 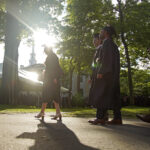 FAFSA season starts: What you need to know for financial aid