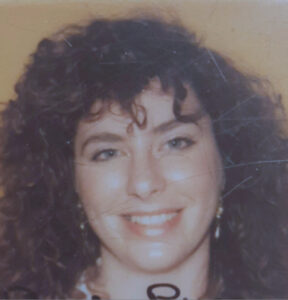 Our presidential candidates have been subject to controversy. Being President in general comes with controversy, just think Benghazi, Iran Contra affair or anything our current president says.

The #MeToo was a movement that came to light in 2017 to hold those accountable for the attrositities of sexual harassment and sexual assault against individuals who have felt that they have been silencenced. The problem we face now is that the left seems to be so overly obsessed with beating Trump they’ll go against their own morals to elect Joe Biden. Whether it be his questionable cognitive skills or his presidential policies. The one that caused #DropoutBiden to trend on Twitter is the subject of his #MeToo controversy.

Biden has been photographed multiple times at an uncomfortably close range with women, some of which are minors in what appears to be him smelling them. Tara Reade is the latest to come forward with sexual assault allegations. However, what she seems to be facing is a little more Damning.

The alleged assault took place in 1993, when Reade was a staff assistant to Biden in the Senate office. To summarize, she brought Biden his gym bag. The two of them were alone. “He just had me up against the wall, and his hands were on me and underneath my clothes. And then he went down my skirt, but then up inside it and he penetrated me with his fingers. Everything shattered in that moment,” she said.

Reade has been struggling to take her story to the media, which she has been trying to for the better part of a year with no mainstream outlets covering it. Many seem to cast doubt on her as she couldn’t remember the exact date and time this took place.

Reade had also gone to Times Up, a non-profit legal defense founded at the same time refused to help Reade as Biden was a candidate for federal office and could risk losing their non profit status.

New evidence came about a conversation Reade’s mother had on Larry King.

“Yes, hello. I’m wondering what a staffer would do besides go to the press in Washington? My daughter has just left there, after working for a prominent Senator, and could not get through with her problems at all, and the only thing she could have done was go to the press, and she chose not to do it out of respect for him,” Reade’s mother said.

Biden himself has remained largely quiet. Though his campaign has spun a New York Times article to defend against the allegations. “No other allegation about sexual assault surfaced in the course of reporting, nor did any former Biden staff members corroborate any details of Ms. Reade’s allegation. The Times found no pattern of sexual misconduct by Mr. Biden.” In actuality the times couldn’t find a staffer to comment.

As of writing this Biden has denied allegations against him to summarize“No, it is not true. I’m saying unequivocally it never, never happened and it didn’t. It never happened,” Biden said.

We the people need to hold each other accountable no matter who they are, red or blue, with proper investigation. We cannot just cast someone aside; this is a very serious issue. It is also important to note that Reade is not the only person to come forth with allegations. What matters most is that Reade have a proper investigation the #Metoo movement might as well be useless as if one voice is silenced then all voices can be.