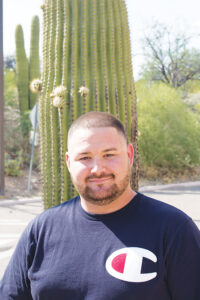 We were first introduced to Jayceon Taylor, better known by his stage name “The Game,” in 2004.

Brought to us as a member from hip-hop group G-Unit, The Game dropped his debut solo album in 2005 with “The Documentary.” For the past 15 years, he’s given us hits such as “Hate It or Love It,” “Old English” and “My Life.”

The Game has been consistent for the last 15 years, and for him to say “Born to Rap” is his final album feels like we’re losing one of the last artists from the non-mumble rap eras. He’s truly one of hip hop’s all-time greats,  leaving a lasting impression on the industry.

It’s hurting me that “Born to Rap” is the swan song of The Game’s amazing career. Whether you’re a fan or not, it’s undeniable that he has been one of hip-hop’s greats throughout the 21st century. This album contends to be possibly one of his best.

The album is different from his usual old-school West Coast hip-hop vibe. The album is 25 songs, clocking at an hour-and-a-half long.

With the album being so long, you will find songs such as “Gangstas Make the Girls Go Wild” that don’t really seem to fit the story that The Game was trying to tell in this album.

In the opening song, “City of Sin,” Ed Sheeran welcomes us into the album where we don’t hear The Game at all. In the second song, “No Smoke,” The Game raps over Travis Barker’s drums as he goes on saying, “They don’t want no chronic smoke with me,” while giving us a timeline of events throughout his career.

The most powerful moment during the album is when he confronts death and pays his respects to the late great Nipsey Hussle (real name Ermias Joseph Asghedom), who was gunned down March 31 in Los Angeles’ South Central (“I Didn’t Want to Write This Song”) featuring Marsha Ambroius. Not only does The Game pay tribute to Hussle, there is another song on the album called “Welcome Home,” where we may have heard one of the last songs that Hussle recorded.

In this album, The Game is truly storytelling. He walks us through the L.A. gang scene in “500 Hundred Dollar Candle,” then he’s showing us that he cut off family members in “Hug the Block.” He also gives a sequel of New York hip-hop legend Nas’ “Rewind.”

]The first single off the album, “West Side,” has that old-school Game vibe to it that brought West Coast hip hop back. On the title track, he tells us how he would have been dropped from his label (Aftermath) had Jay-Z not told Dr. Dre “Hate It or Love It” would be a smash.

“Born to Rap” is the eighth album The Game has dropped in his storied career. Starting off as a member of 50 Cent’s group and G-Unit, whose members were The Game, Young Buck, Lloyd Banks and Tony Yayo, to having a beef with 50 Cent where both artists believed that someone was going to die.

“Doctors Advocate” is one of the greatest albums of all time, even though no one thought he could outdo the success of “The Documentary.” Released at a time where it seemed like West Coast hip hop was dead because all of the major artists were coming out of the East, The Game brought back that old-school gangster-rap feeling to hip hop that NWA, Ice Cube, 2Pac and Snoop Dogg once brought us.

In the album, it seemed that The Game wanted to get a lot off his mind. This makes me wonder if this is The Game’s swan song. The hip-hop game currently is in a dark place, where all we have left are real artists like The Game and Kendrick Lamar, who hasn’t dropped an album in nearly three years.

However, if this is his last album, we all owe The Game a thank-you for the amazing 15 years of great music he’s given us.

Four out of five stars